My first fall project of the season!  Following the trend of using fabric from my stash, this fabric was gifted to me.  It is a sage green microsuede that is probably a couple decades old at this point.  My mom gave it to me, but I think my grandmother originally bought it.  Microsuede is a really pricey fabric, so I had to find the right project for it.  This was made difficult by the limited amount I had to work with– only 1 1/2 yards.  My mom is pretty sure that this was originally intended to be a skirt.  Most of my original ideas required more yardage than that.  Then, I spotted the perfect pattern in the July issue of Burdastyle (#112).

This is my third project from that issue, which is kind of impressive.  I took measurements to check the sizing; I did not make a muslin because the vest is not too fitted.  I barely had enough microsuede; I had to piece the facings in order to get them to fit.  My mom also gave me a booklet on using microsuede, which has great information.  According to the authors, although microsuede has a nap, it does not really have a grain, so cutting pieces slightly off-grain is fine.  This helped me to get everything to fit.  There was a matching lining fabric, and I decided that I did want to use it. To cut the lining, I subtracted the facing piece from the front. 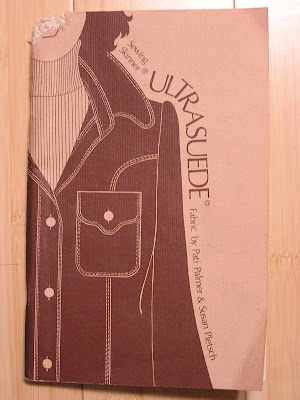 My biggest issue with the construction was pressing.  The booklet had several useful pieces of advice about pressing; one of which was to use thin strips of fusible web to fuse down the seam allowances.  I had to be really careful not to over press and leave impressions, which was hard because it took a fair amount of heat to get my fusible web to fuse.  I topstitched all the seams, which helped to keep the seam allowances flat.  Doing the zipper was tricky.  I think that I actually ended up doing it backwards from Burda’s instructions, but whatever, it works.  The lining is all done by machine except for closing up a gap small gap at the bottom. 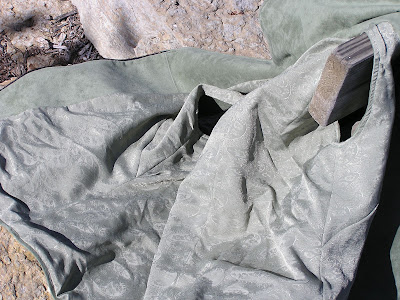 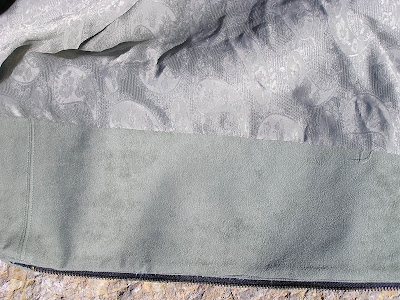 I am glad I finally made my first fall project.  I am really happy with how it turned out– it was a good match for the microsuede, and it is not like anything else in my closet.  I am always freezing so having something that I can throw on as an extra layer is never a bad thing. 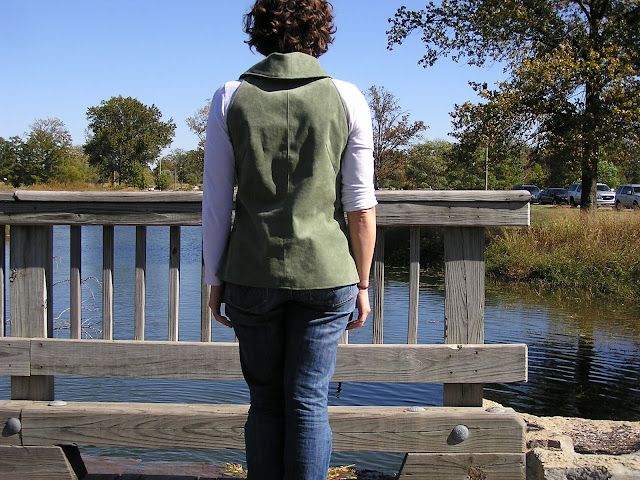