This jacket was not my most successful project.  However, I learned a lot and I think that I will wear it despite its faults.  I figured out a long time ago that nothing I make is ever going to be perfect, but most people never notice the things that I do.  Also, these pictures were taken at our brand new house! 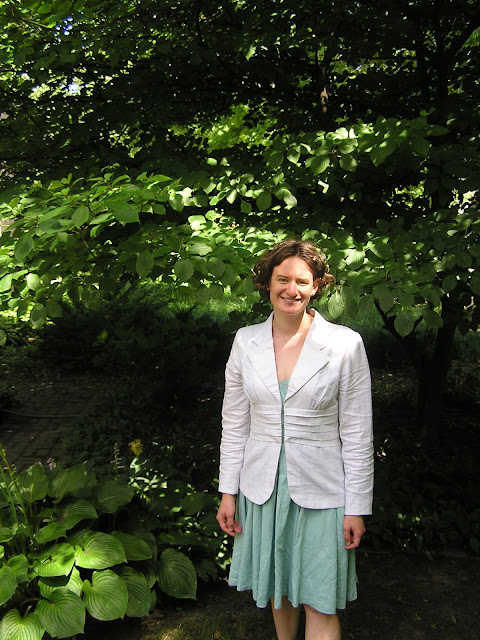 This was a pattern-first project using Marfy 2745.  I ordered the pattern along with several others without having a fabric in mind.  It stayed in my stash until I ran across a metallic linen fabric on Mood’s website.  The pleats on the jackets reminded me of gills, and I thought the silvery fabric would echo the appearance of a shark.  What I didn’t consider was that linen is a poor choice for a tailoring project.  This was my first mistake. 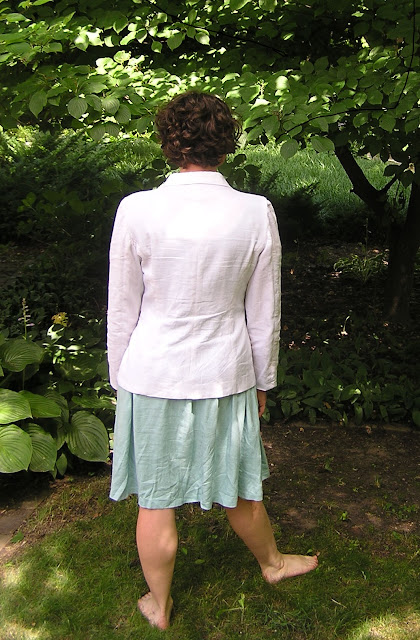 I did have the foresight to make a muslin, so fit is not one of the problems with this jacket.  The cutting out went smoothly.  The collar is hand tailored with hair canvas, but as previously mentioned, linen is not the easiest cloth for tailoring.  However, I have come to not mind the inevitable wrinkles in the finished garment.  As I was sewing, I wished that I had decided to line the jacket, as the linen is actually slightly transparent.  I think a lining would also have been a nicer finish than the bias binding I ended up using. 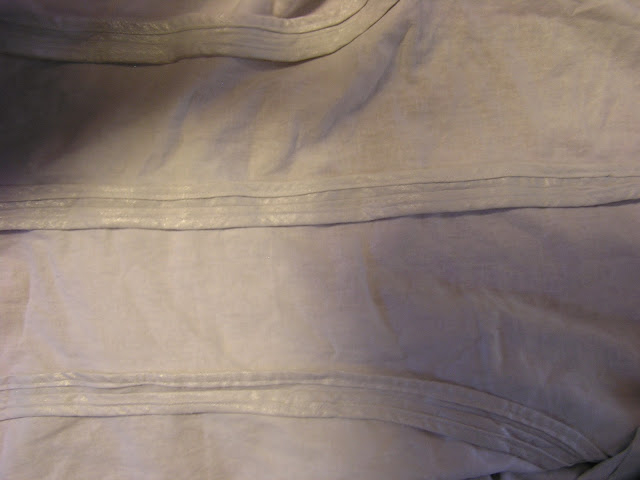 However, none of these were my biggest problem.  I did a horrible job of thinking through the construction steps before sewing.  I actually started the jacket before the floral Marfy dress, so I did learn from my mistake and thought through my sewing plan for that dress.  For this jacket, though, I did not really know how I was going to do the closure when I started.  I ended up having raw edges at the front of the jacket when everything else was basically sewn.  Instead of undoing a bunch of seams, I just pressed the raw edges under and then fell stitched them together.  Sometimes hand sewing can really save the day, but I generally aim for less haphazard construction on my garments.  Because of all my fiddling, the basting stitch on one side came undone, so the pleats are not completely symmetric.  It is not too noticeable when worn (I hope!), but it is definitely another mistake. 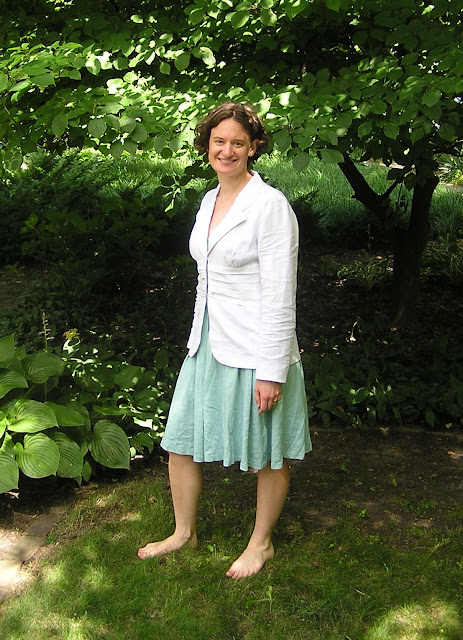 I was originally thinking of doing frog closures for the jacket, but I decided those seemed too bulky.  Instead I found these large hook and eyes, which I really like.

When I finished sewingthose on, I wasn’t sure if this jacket would actually get much wear.  All I could see were all the flaws.  Fortunately, some time in the closet can do miracles for erasing flaws.  By the time it had warmed up enough to wear this jacket, I found I quite liked it.  The silvery white is neutral enough to match many things, and the linen provided an extra layer in air conditioned rooms while not being too hot.  I have even worn it outside to provide sun protection.  Despite all its flaws, my “shark jacket” might just turn out to be my go-to summer jacket.  And I hopefully I have learned some lessons as well. 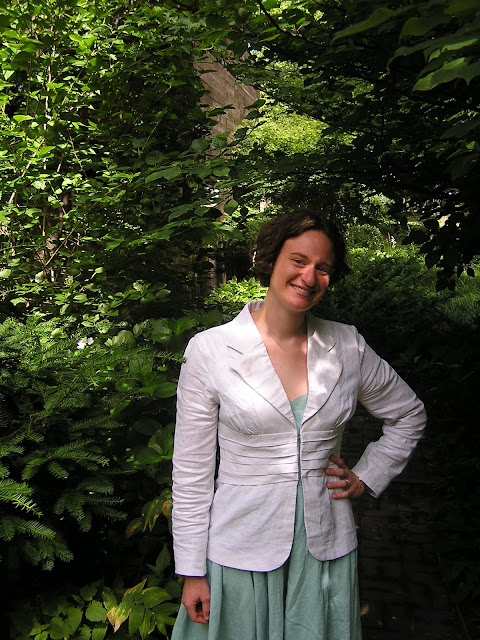