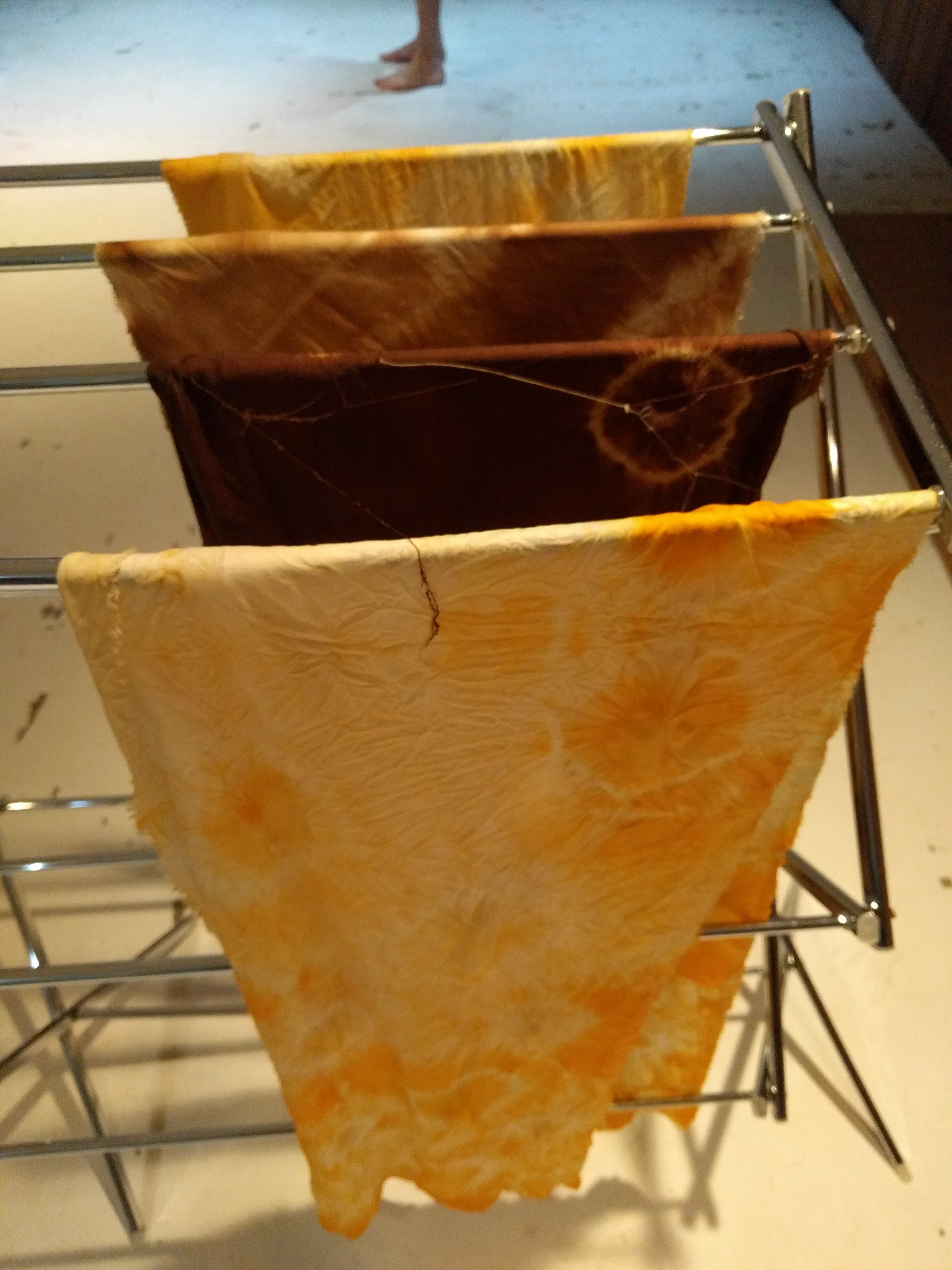 Since my mom and I had so much fun dyeing with indigo, we were itching to do some more.  I thought about what we had on hand or could easily gather, and we decided to start out with annato and dandelion leaves. The first thing we did was mordant our silk scarves overnight.  I use a pretty common mordant, alum.  Alum (aluminium sulfate) is sometimes used in canning, and so can be found in the spice aisle of the grocery store.  The silk is heated with alum and cream of tartar and then allowed to soak overnight. Mordants help the dye to bind to the fiber and usually result in better color.  Some mordants, such as iron, change the color of the dye.  It is important to note that some mordants used in natural dyeing can be quite toxic.  I personally would never use tin or copper as a mordant because of this.

Annato (also known as achiote) is a spice used in Mexican cuisine.  It can also be used as a natural dye.  In fact, it was the original dye used to make cheddar cheese orange.  In some cases it is still used for cheese today.  To use it to dye, we just ground it up in a spice grinder and boiled it for a bit.  For the annato, we used a 1:1 ratio.  Dandelion leaves are supposed to give a light green color.  We figured that we would probably need a lot of leaves, so we harvested a bunch from a local park.   We used twice the weight of leaves to fiber. While extracting the dye, we tied up our scarves as we did for the indigo dyeing.  Then we just placed our scarves in the dye bath and kept it at a simmer.

After about 20 minutes, we thought that we weren’t getting enough color from the dandelion.  We made some test swatches and tried using vinegar (pH can sometimes affect the color and iron to deepen the color.  We decided that we weren’t getting a satisfactory result.  We switched plans and decided to use black walnut hulls instead.  We did leave one of our test swatches in the dandelion dye to see if a longer time produced a better color. Even though our first plan didn’t work out, we are really happy with the final results.  I also think that we learned so much from our experiences.  I am eager to do even more dyeing in the future.  I even have the dye plants that I want to grow in the garden all figured out.  We’ll see how that works out!